As an Amazon Associate I earn from qualifying purchases. If you purchase something through one of these links, it won’t cost you a penny more. This in no way affects my suggestions. I only recommend products I know, love, and trust and would be happy recommending to my BFF and sister 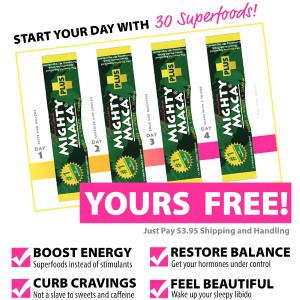 These five survival skills for dealing with teenagers won’t be all you need but they will serve you well.

Just yesterday I left the house to get some groceries. As I was coming home I caught sight of myself in the mirror.  I was sporting a great big smear of something brown coming from the corner of my mouth and working its way up to my ear like some cheap knock off version of the Nike tick.

This is what life is like as a parent unexpected, sometimes horrific things happen that you need to process. These essential skills will help lessen the moments of horror and hopefully increase the moments of joy.

Listen to your teenagers

This, I believe is the lynch pin of being a good parent. It is not that riveting story about the friend at school who just got her ears pierced and is the prettiest girl in the school and is such a nice person, that you need to hear. The important bits are in what they are not saying. Firstly having pierced ears is considered very important. The girl in the story is also important and has influence. It remains to be seen if that influence is good or bad but keep listening and that too will reveal itself.

I can shower in 2 minutes and that includes shaving (my legs (I felt I needed to make that distinction)) and washing my hair. When the girls were younger this was because any longer than this gave them time to find the most dangerous thing to do in the house and start doing it.

Now it is more about not having time to luxurate because I need to be somewhere else like in the car on the way to netball, or at a lavish luncheon at the Hilton held in my honour.

One of those things isn’t true. Sorry, no prize for guessing which one.

By the way two minutes is about a tenth of the time my kids take in the shower and that would be the single biggest reason I drive a Toyota Corolla and not some fancy european car.

To bestow the crown of multitasking on myself would be a little persumptuous but cooking dinner, folding the washing, listening to the latest tale of woe from school as well as nodding in the correct places while watching my latest episode of Grey’s Anatomy has to at least earn a tiara.

Without being able to multitask I would still be sitting and listening to the latest tale of woe, dinner would be late and there would be yelling.

Realising that to achieve perfection is impossible.

Those beautiful decorator accounts without a thing out of place on instagram that I love to look at. No smears of vegemite on the kitchen cupboards, no tea stains on the bench. Where are the 10 glasses that the teenagers deposited on every surface from the bench to the stairs? Those accounts are snapshots of a moment in time that never seems to come in our house.

Perfection is not possible because it is not a state, but a moment. That moment when the sun peaks out from behind a cloud to reveal the most amazing rainbow, when your cauliflower pizza turns out better than you imagined, when you daughter hugs you goodnight. The list is long but look for the moments, that is where you will find perfection.

Finding time for yourself.

This is essential to your mental health. If you do this regularly there is less oportunity for nike tick incidents and more oportunity to enjoy this time with your kids. It is those times in the car, listening to their tales of woe that you will miss when they disappear into their cave rooms to hang out with their their online friends.

What skills do you find are essential when growing balanced teenagers?

Loss Of Confidence And Self-Esteem In Menopause

10 Luxurious Self Care Gifts For Women In Midlife